Why are more and more millennials seeking Prenups before marrying?

A prenuptial agreement or premarital agreement (commonly referred to as a prenup), is a written contract entered into by a couple prior to marriage or a civil union that enables them to select and control many of the legal rights that they would acquire upon marrying, and instead pre-determine what happens should their marriage end by divorce and even death. Couples who enter into a written prenuptial agreement agree to supersede many of the default marital laws that would otherwise apply in the event of divorce, and as such self-determine the division of property, retirement benefits, savings, and the right to seek alimony (spousal support) with agreed-upon terms that provide certainty by clarifying their marital rights. These agreements quite often give confidence for marrying couples who may have more complicated financial arrangements.  But more and more millennials are marrying later in life with substantial assets and, if they have experienced divorce in their own family, are looking to clarify what will happen to those assets in either divorce or death.

Laws vary between states in what content these agreements may contain and under what conditions and circumstances they may be declared unenforceable. As an example, an agreement signed under fraud, duress or without adequate disclosure of assets may not be enforceable. In the United States, prenuptial agreements are recognized in all fifty states and the District of Columbia, and they are enforceable if prepared in accordance with local state and federal law requirements.

In 1983 the Uniform Premarital Agreement Act was passed by the Uniform Law Commission to promote more uniformity and predictability between state laws relating to these contracts in an increasingly transient society. The UPAA was partly enacted to ensure that a prenup that was validly entered into in one state would be honored by the courts of another state where the couple might get a divorce. The agreement Offers couples a flexible framework for premarital agreements that promotes responsible planning and informed decision-making and provides courts in every state a framework for determining an agreement’s validity, regardless of where it was executed.

In most jurisdictions in the United States, five elements are required for a valid prenuptial agreement:

However, requirements may differ from state to state for required disclosure and necessary counsel for both prenuptial and post nuptial agreements. Parties should familiarize them selves with the rules of the state where the agreement is signed.

The State of New Hampshire has not adopted the UPAA but has established a framework making it easier for practitioners to draft enforceable agreements by clearly stating the requirements. The State requires that the agreement be comprehensive, detailed and disclose the assets of the parties. New Hampshire also requires that each party be represented by counsel before entering into either a pre or post nuptial agreement so that each party is fully informed of their rights under the law. This is not a requirement of all states. Even with all of these conditions met, a court could still rule that that a prenuptial agreement was invalid if it was signed under duress, fraud, or is unconscionable or unfair.

Examples of what agreements can determine could be each parties’ respective rights with regard to the property they owned prior to the marriage, anticipated inheritances, certain rights presumed at death, rights of property acquired during the marriage that otherwise would be considered marital property, as well as rights to spousal support.

In New Hampshire prenuptial agreements can be amended with both parties’ consent.

Couples may resist considering prenuptials but one of the primary goals is to protect both parties in the event of divorce. Given the frequency of divorce and the very complicated nature of it as a process, conversations in advance of marrying can make sense. The intention of the prenuptial agreement is to protect the intended agreed upon rights of each party in the event of divorce or death rather than accept the state dictated laws of each process. Millennials tend to live with intention. Maybe that is why this process is more acceptable to them.

For 30 years, Sally has been working with individuals and business owners, providing financial planning and business succession advice.  She also earned the esteemed Certified Financial Planner designation issued by the Certified Financial Planner Board of Standards, Inc. in 2010.  For more information or to contact Sally Boyle click on the link below: 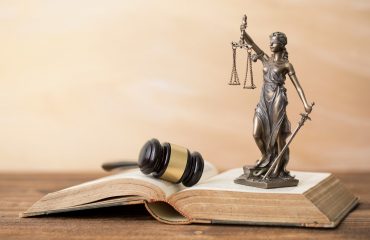 Tackling Taxes After a Divorce

Can you Resolve a Case Outside of Court?

Look Forward by Looking Back

The Difference Between Collaborative Divorce and Mediation