The Team at NH Collaborative Divorce

Collaborative Divorce New Hampshire (CDNH) is a New Hampshire voluntary corporation, tax exempt under IRC 501(c) 6, which is governed by a board of directors. CDNH was founded by a handful of members of the New Hampshire Bar who had too often seen the damage done to families embroiled in the litigation process, and who rejoiced to learn of an alternative approach originated by Stu Webb in Minnesota. 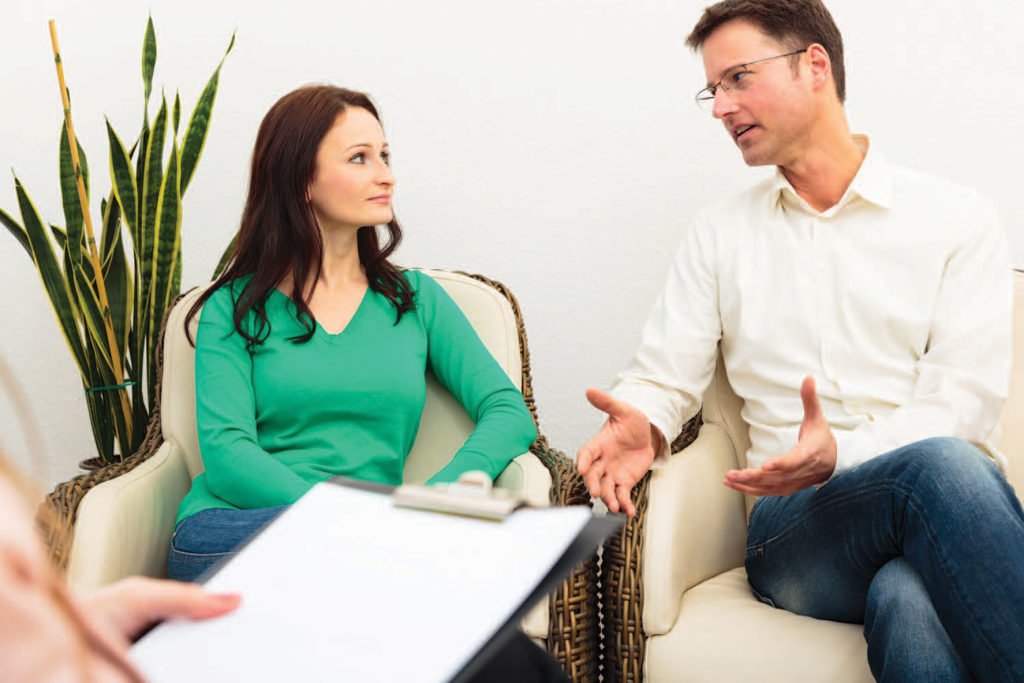 In the last decade, we have trained over 100 lawyers and other professionals to resolve disputes with collaborative methods. In 2010, we expanded to include mental health professionals and financial planners in our membership. Representatives from the majority of the largest law firms in NH are among our members. CDNH is a member organization of the International Academy of Collaborative Professionals, and is proud to be a part of furthering that organization’s goal, Resolving Disputes Respectfully.

Interested in becoming a member? Please click on the following links for an application. Our minimum standards for members are also available below for you to view. 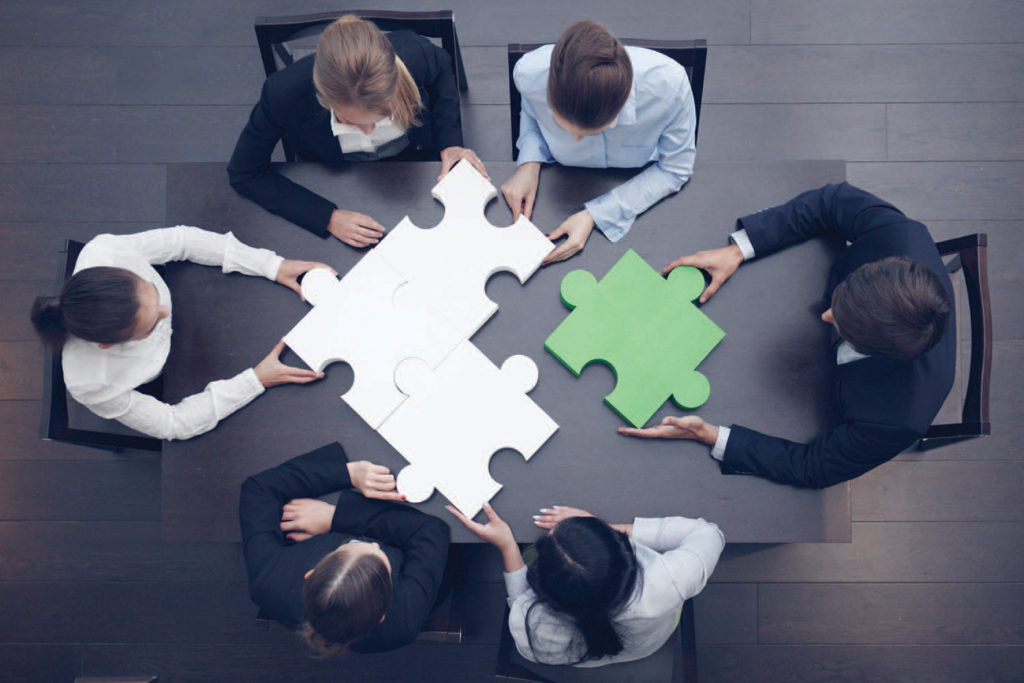 Our Officers & Board Members

Ann is a social worker with 41 years of experience working for agencies, a HMO and in private practice. She has experience in working with adults and adolescents, couples and trauma work. She is focused now on Collaborative Divorce and is an avid supporter of the collaborative process to assist divorcing couples with this very stressful experience. Member of Nashua Practice Group. Attended IACP Forums 2-day trainings 2016 and 2017e.

I am a New Hampshire native, working in Londonderry for my entire professional career. As a member of the NH bar since 1982, I have dedicated my practice to family law. As a member of CDNH since 2010, I have been pleased to be involved with over a dozen collaborative cases, and hope to focus my practice in that direction.

Caren Rifkin is a licensed clinical social worker and board-certified biofeedback therapist, with over 35 years of clinical experience working with individuals, groups, couples, children and families in diverse settings such as private practice, hospitals, substance abuse treatment centers, corporations and mental health centers. A career provider of integrative mental health counseling, Caren was trained in 2014 in collaborative divorce practice and mediation. She is committed to helping individuals and families work together to manage the challenges of divorce. She is a member of the Nashua Practice Group and CDNH public education committee.

Jill B. Boynton, CFP®, CDFA®, is co-principal of Cornerstone Financial Planning LLC, a fee-only financial planning firm in Newington NH and Portland ME. The firm provides comprehensive financial planning and investment management services. She has been assisting parties in the process of divorce since 2004 and has helped individuals to navigate decisions around the division of assets and assignment of income in addition to addressing tax matters and a myriad of other financial issues.

Jill has worked with the NH Collaborative Law Alliance since 2010 and is a past, as well as present, board member. She participated in several basic trainings and advanced trainings and has led the Seacoast Practice Group.

Karen Ela Kenny, MSW, LICSW has been a Psychotherapist in private practice since 1982 in Nashua, New Hampshire. Her practice has been focused on working with children, adolescents, families and couples. She also provides counseling to young adults at St. Anselm’s college since 2005. She was the Clinical Director of Counseling from 2010-2016. In 2009 she became trained to be a Coach/Facilitator in the Collaborative Process of Divorcing. She was a Board Member of the NH Collaborative Divorce (2010-2016) and was Co-Chair from 2013-2015. She is actively involved with the Practice Group and Membership Committee of the NH Collaborative Divorce, and an active participant in the Greater Nashua Practice Group.

Karen has participated in several basic trainings and advanced trainings, has attended the IACP Annual Forum in Chicago, San Antonio, San Francisco, Washington DC, Philadelphia and Lake Las Vegas. She also took 48 hours of Mediation training in 2016. She has provided training on the Coaches role in New Hampshire, and has presented to CDNH members at the CDNH statewide practice group meetings and Annual Meeting on various topics. She was a co-presenter for a 2 day training in “Introductory Interdisciplinary Collaborative Divorce Training” in NH (2017). She also co-authored an article in the NH Bar Journal, Summer 2012, on “Interdisciplinary Collaborative Practice”.

Cathy has participated in several basic trainings and advanced trainings, has attended the IACP Forum in Boston, San Francisco, Washington DC and Lake Las Vegas, and has participated in mediation training.  She has provided basic interdisciplinary collaborative divorce training to professionals in New Hampshire and has presented to NH/CLA members at the NH/CLA statewide practice group meetings and Annual Meeting on various topics.

In addition to being a current member of the NH/CLA Board, Cathy is co-chair of the Access to Collaboration Committee in which she is working to develop ways to provide Collaborative Divorce services to persons of low and modest means. She is one of 4 members of the NH/CLA Legislative Committee, which has been working over the past few years to develop Collaborative Divorce legislation in New Hampshire.  Legislation is currently pending before the NH Senate.

Meegan is a partner at the law firm of Dwyer, Donovan and Reis in Portsmouth, New Hampshire. She currently practices Family Law and has been fortunate to be able to take her passion for mediation and collaboration and create a firm where that is the focus. Meegan graduated from the University of Richmond, TC Williams School of Law in 1998, and moved to the New Hampshire seacoast soon after. During her career, she has been in private civil practice and in the public sector. She has enjoyed the rare opportunity to spend time on both sides of the criminal bar, spending four years as a prosecutor with the Strafford County Attorney’s Office and seven years as a defense attorney with the New Hampshire Public Defender. Additionally during this time she was a trainer for both law enforcement agencies and attorneys. Topics included trial advocacy skills, domestic violence protocols, search and seizure law, sentencing and negotiations.

After being a trial attorney for most of her career, her passion for mediation and collaboration developed in a rather non-traditional way. Prior to coming back into private practice in 2011, Meegan was hired by the Strafford County Attorney’s Office to create and implement an early case resolution program focused on alternative resolution and sentencing. In creating this new program she had to convince Judges, prosecutors, police chiefs, law enforcement, victims and counsel that they needed to put away their old ways of thinking and be open to new and different ways to resolve cases. The crux of the new program was to get parties who normally felt the need to battle to instead come together and agree on what a “fair” resolution was. In order to do that, the focus needed to be on determining what each party’s needs were and then creatively meeting them. In hindsight she sees this as her biggest and most complicated mediation to date. This program thrives today as New Hampshire’s first of its kind alternative dispute resolution program in the criminal justice system.

When Meegan returned to private practice as a family law attorney, she focused primarily on litigation with mediation being more of a sideline. Like so many of us, she found that litigation was not the best way to deal with these complicated and emotional family matters. After an inspiring peacemaking training session she became committed to creating a collaborative, mediation and settlement practice. She is also a board member of Collaborative Divorce alliance of New Hampshire and member of the Association of Professional Family Mediators.